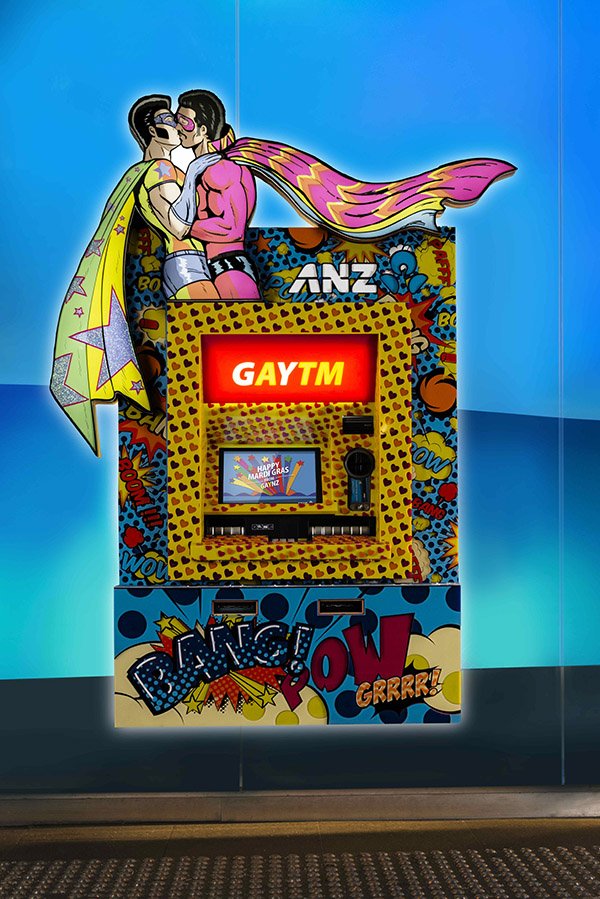 ANZ’s GAYTM campaign in 2014 took out one of the top honours at the Cannes Lions Festival advertising awards, winning a Grand Prix award in the Outdoor category. On behalf of the campaign, run by Will O’Rourke, The Glue Society and WHYBIN Melbourne, and in association with Sam Hobbs, Alien Proof Construction was commissioned to bring the GAYTM designs to life using vac-formed ATM moulds and affixing over 60kgs of bedazzling gems. In 2015, they were back at it, this time creating magic with multi-layered profile-cut Perspex and light boxes.